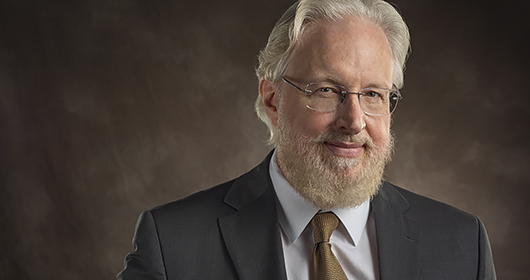 James C. Jones, DO, FACEP, serves as Dean and Senior Vice President. A native of south Texas, Dr. Jones completed his undergraduate degree at Texas A&M University and earned his Doctor of Osteopathic Medicine degree from the University of North Texas Health Science Center, Texas College of Osteopathic Medicine. He completed his residency training in emergency medicine at LSU-Charity Hospital in New Orleans, where he served as Chief Resident. After finishing residency, Dr. Jones stayed in New Orleans at LSU for a year as faculty. During that year, he was recruited by Southeast Health to serve as Emergency Department Medical Director. Under his leadership, the Southeast Health Emergency Department grew from treating 20,000 patients a year to almost 60,000, and now is a Level 2 trauma center.  In the early 2000s, Dr. Jones met Dr. Wil Baker, now ACOM’s Associate Dean of Graduate Medical Education, who was creating a network of hospitals and physicians to train third- and fourth-year osteopathic medical students through the Alabama Medical Education Consortium. Dr. Jones served as Southeast Health’s Director of Medical Education, developing residency training and serving as a core site director for student clinical rotations, as well as a preceptor.  Dr. Jones has been involved in the development of ACOM since its inception; he served as a founding member of the ACOM Board of Directors. As a part of his current role as Dean, Dr. Jones serves as Designated Institutional Official overseeing residency training at Southeast Health.